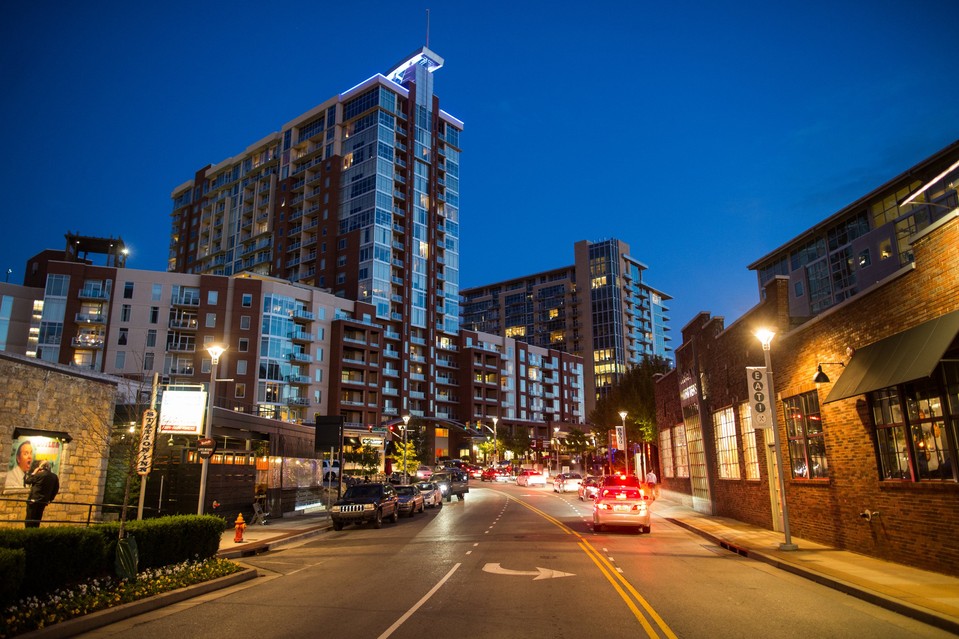 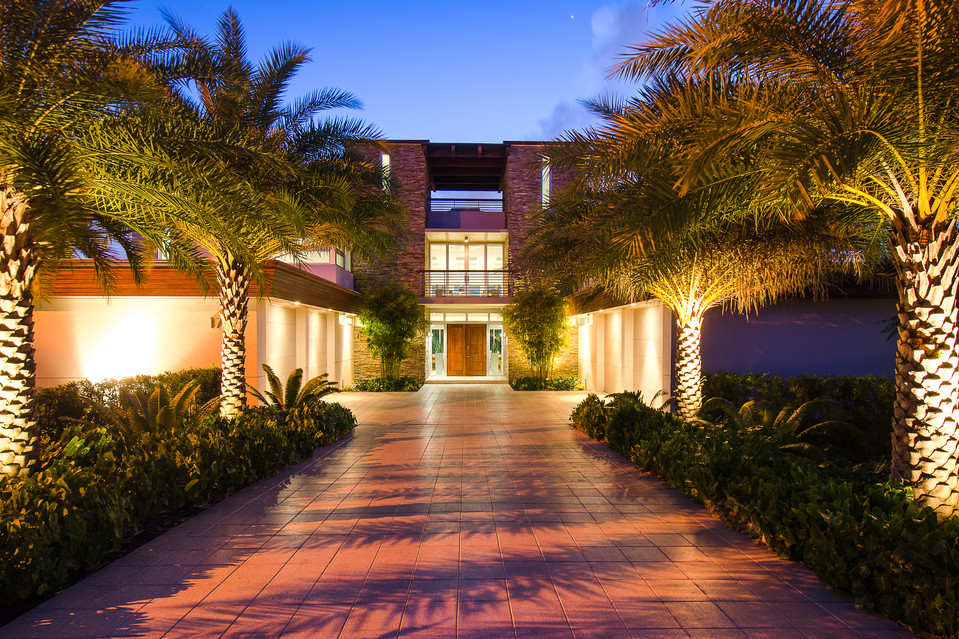 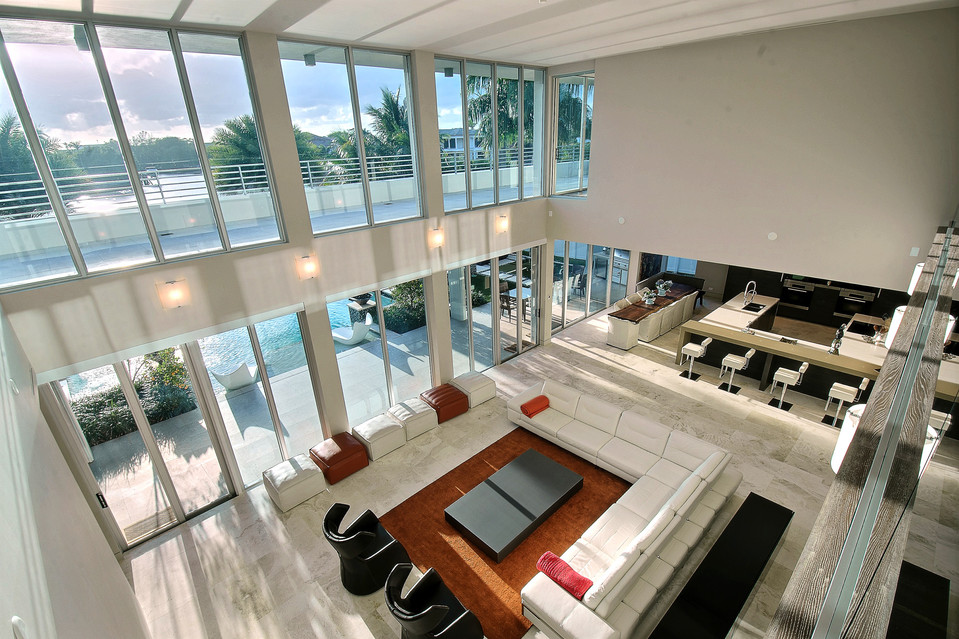 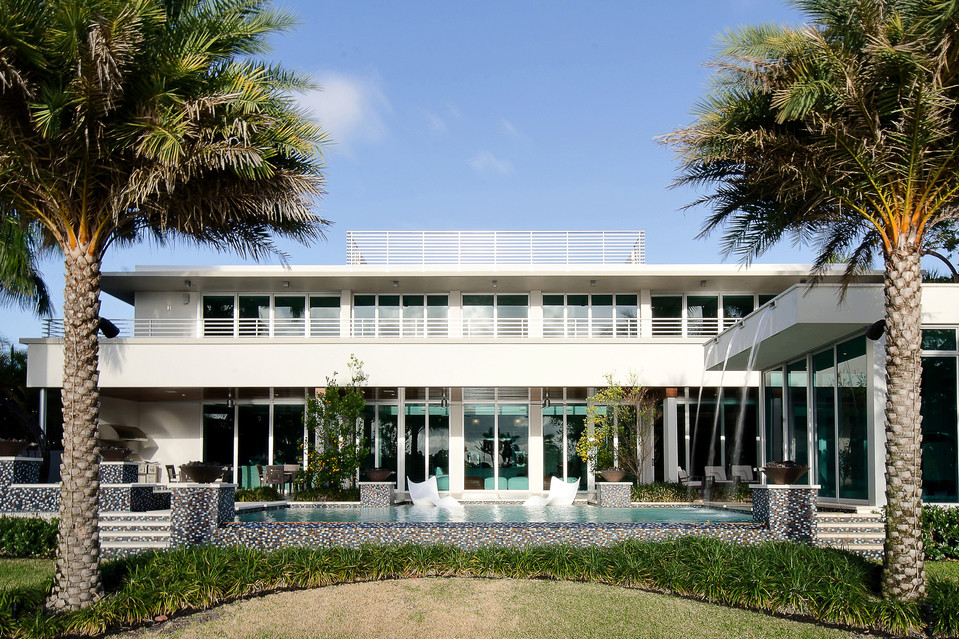 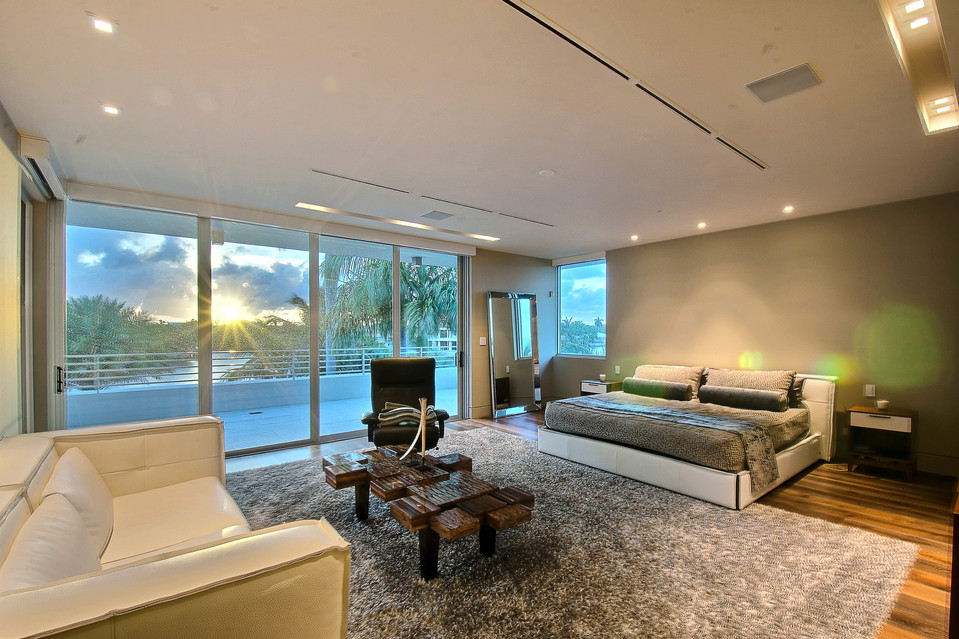 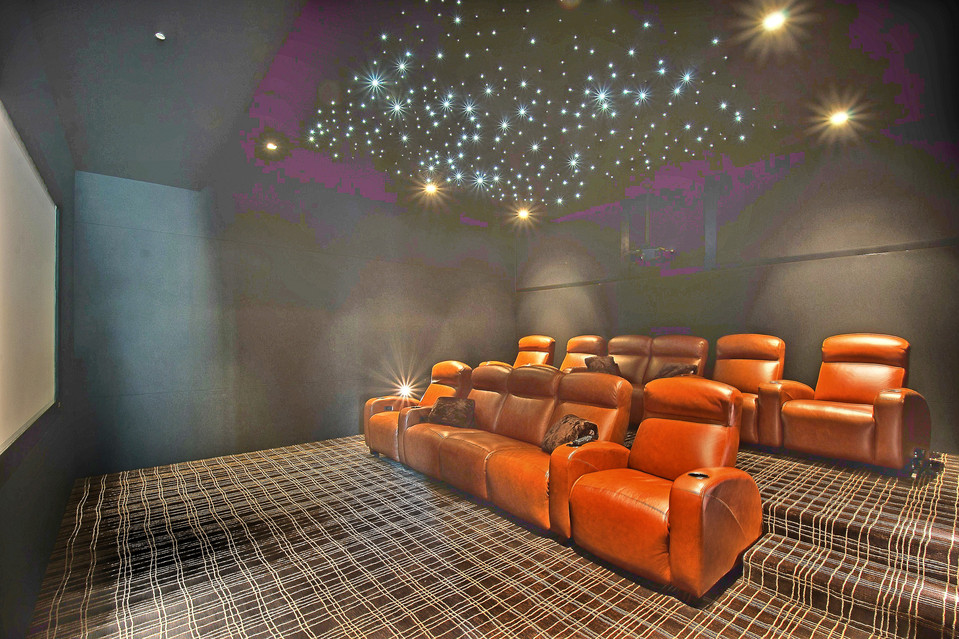 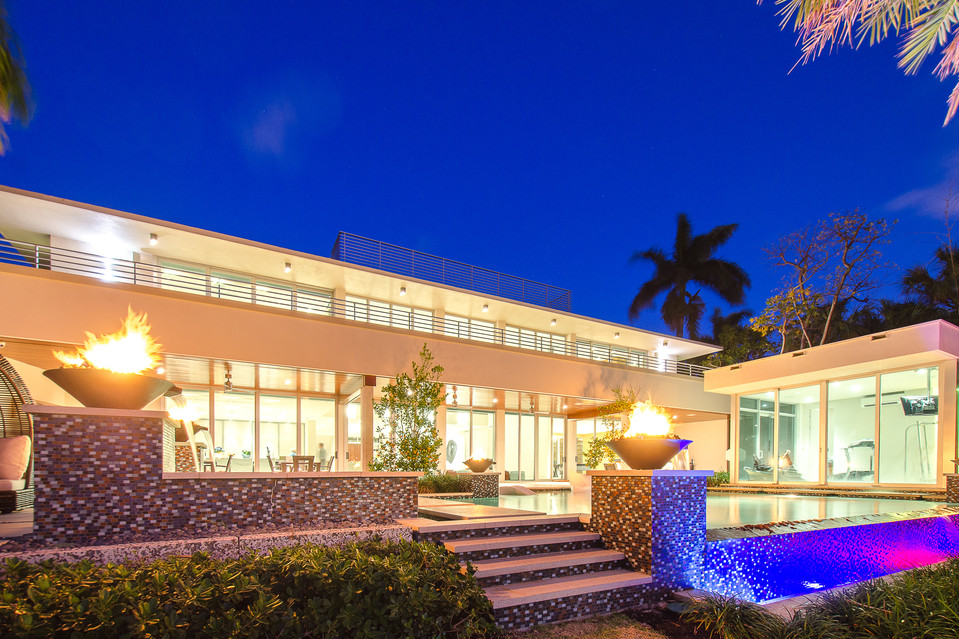 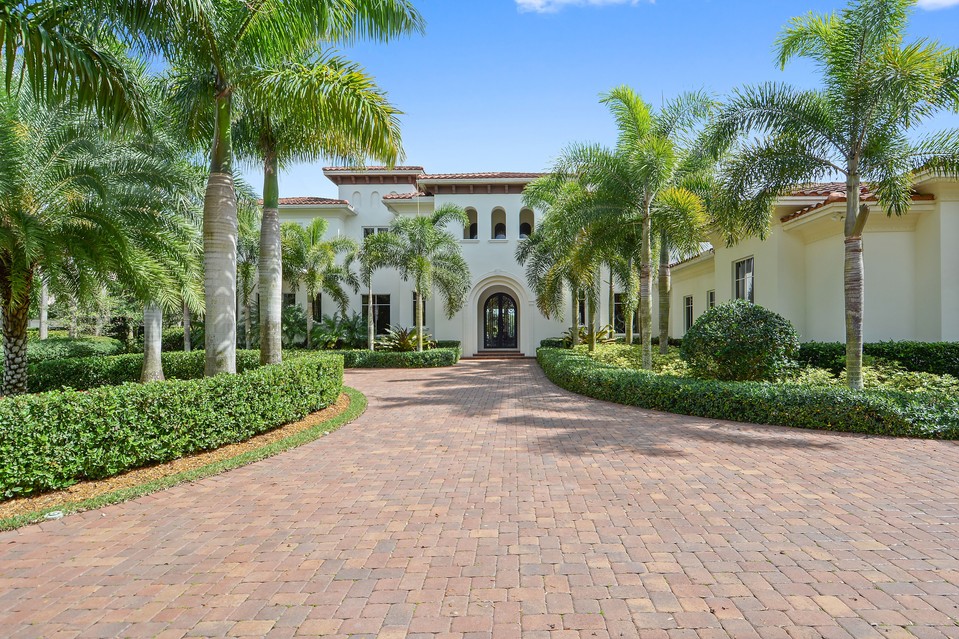 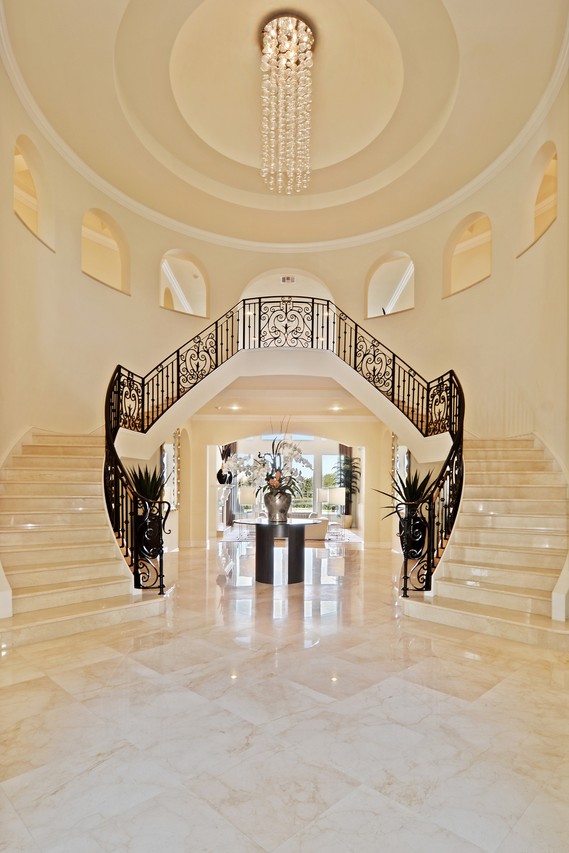 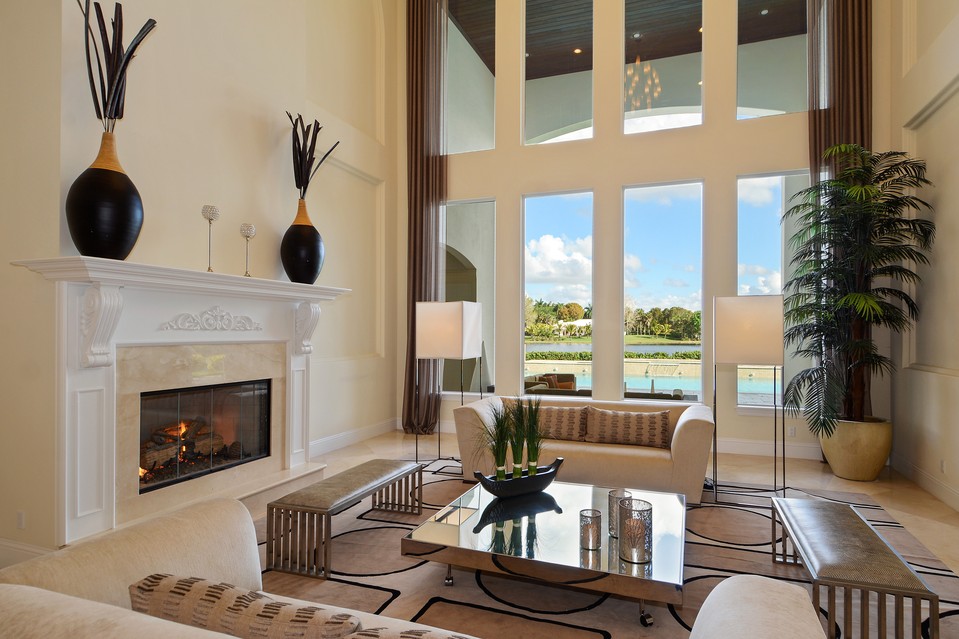 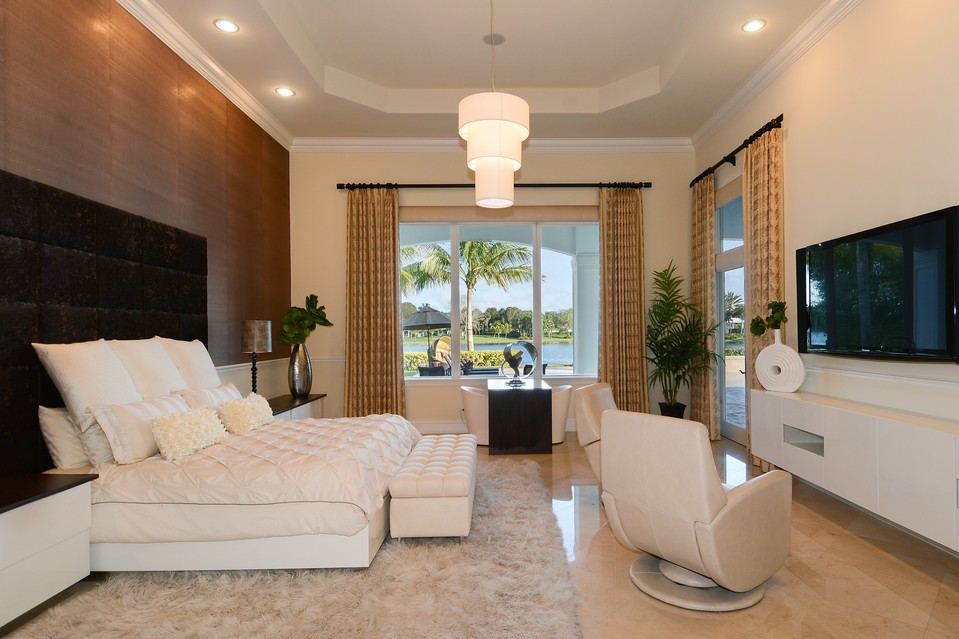 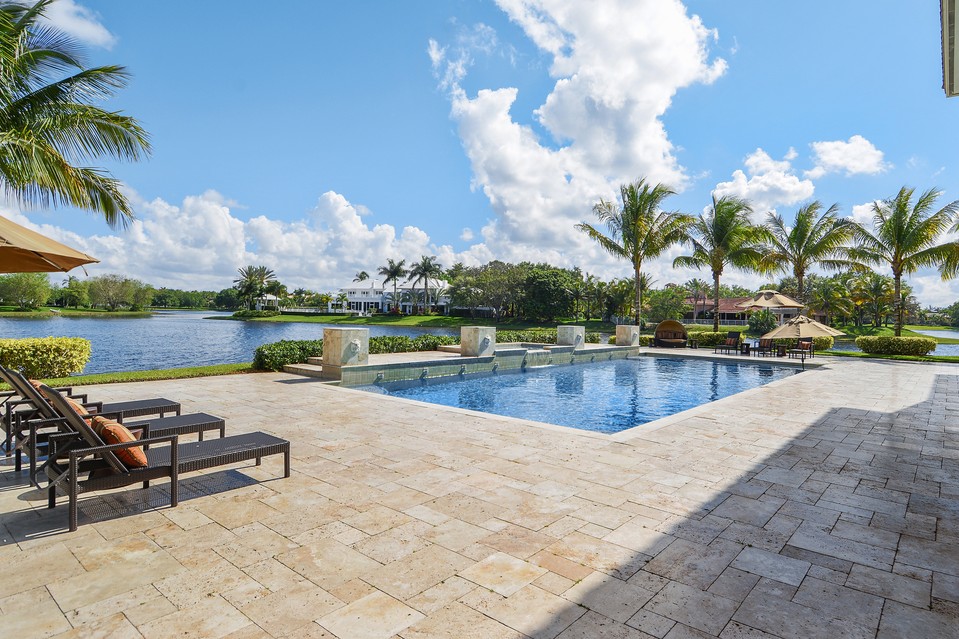 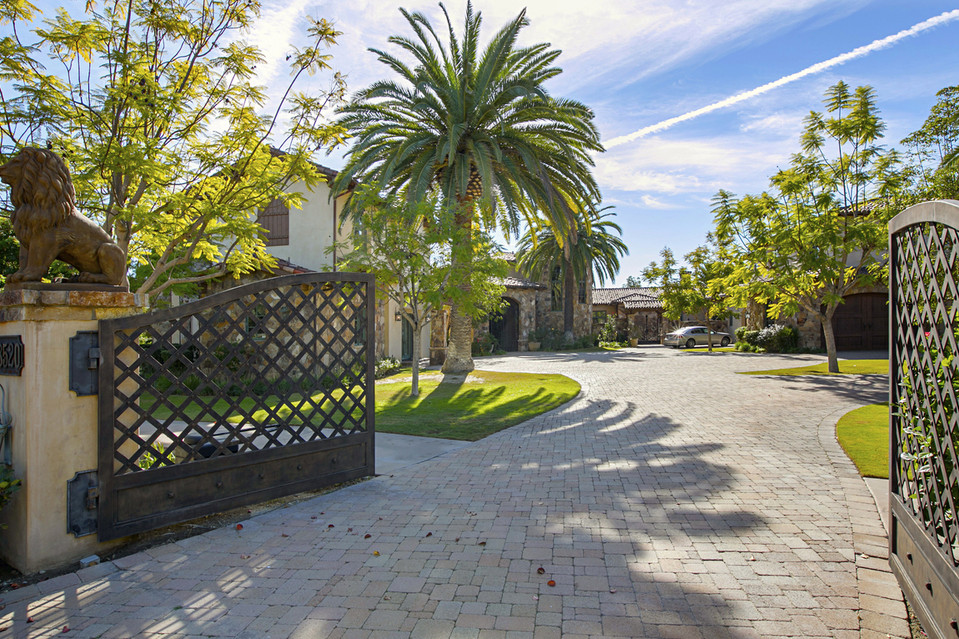 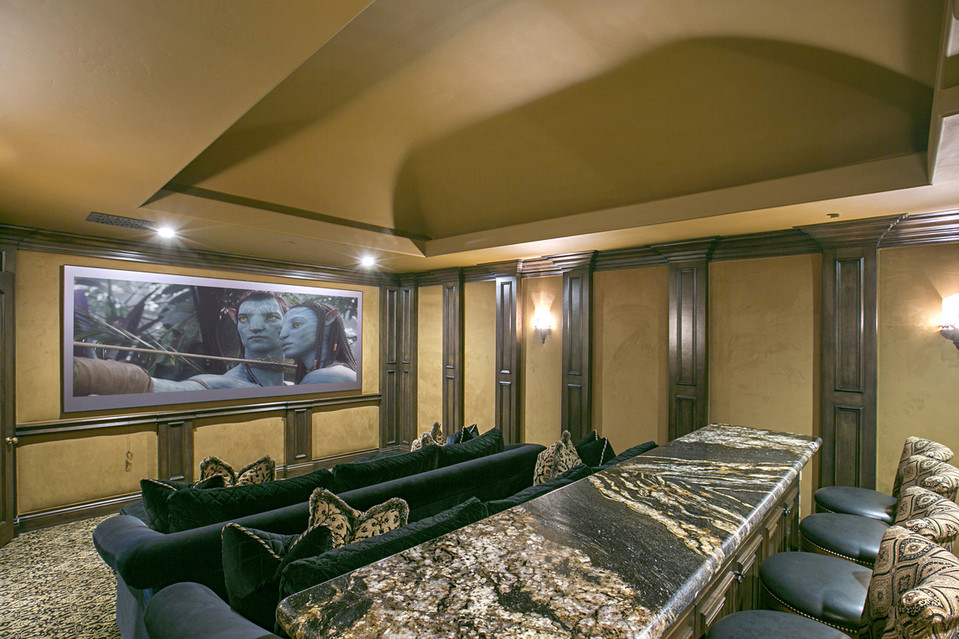 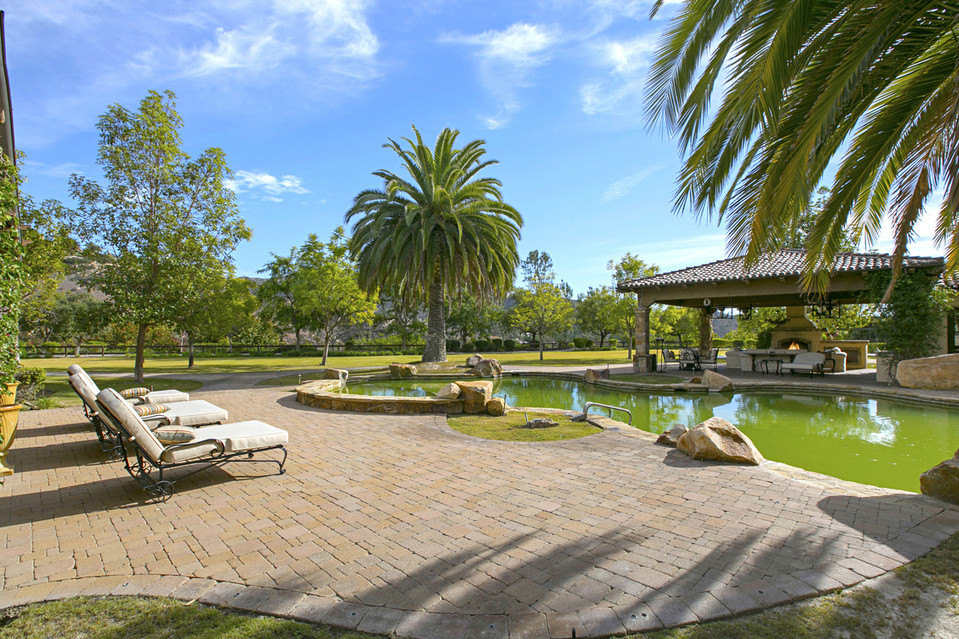 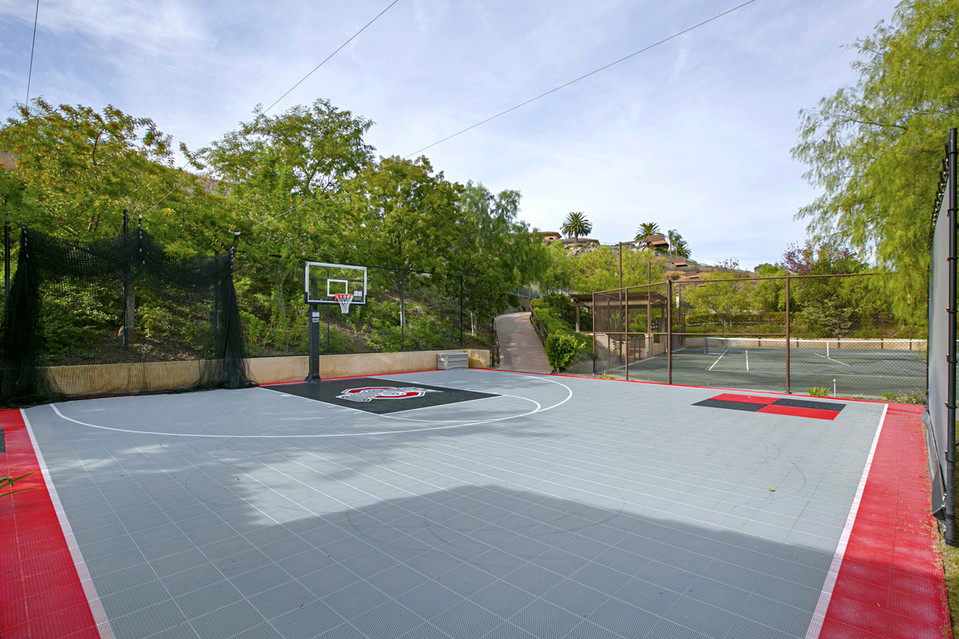 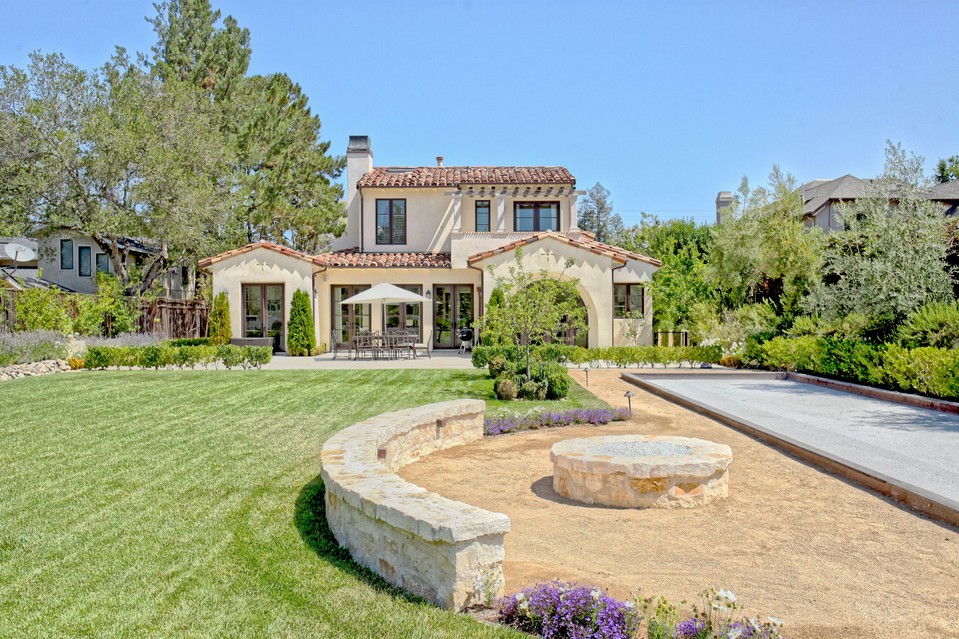 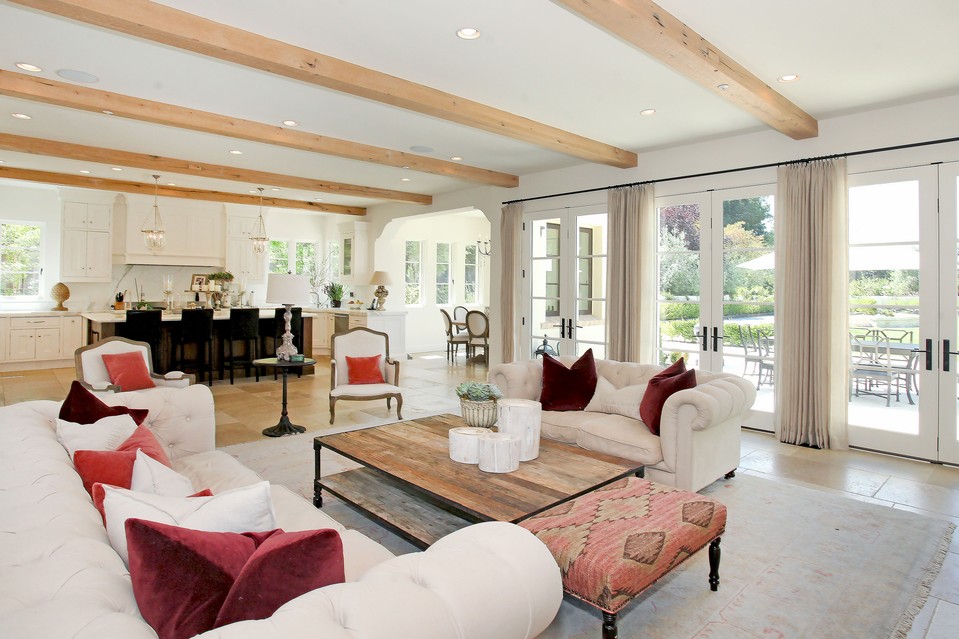 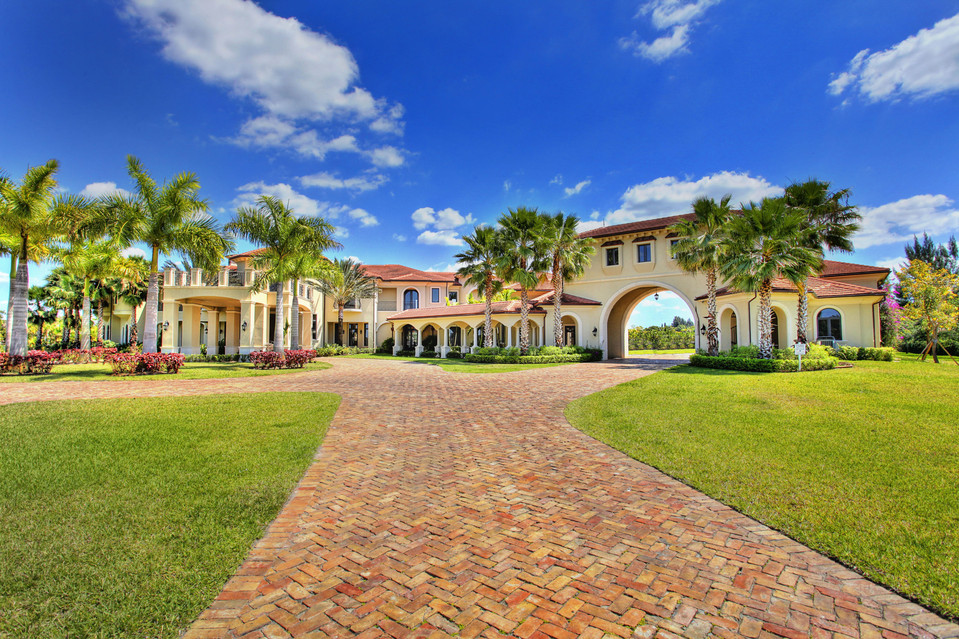 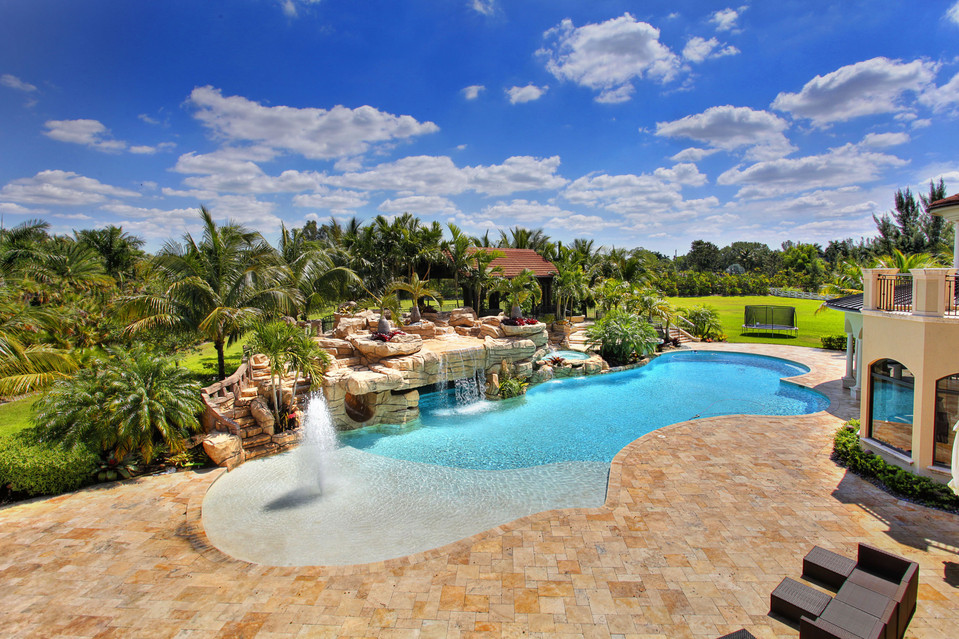 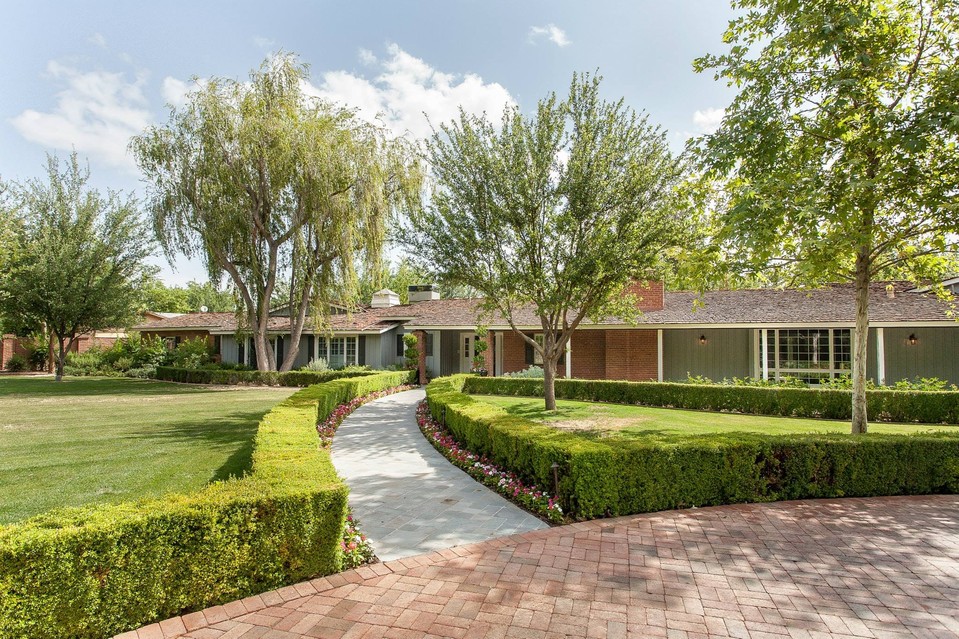 When Ndamukong Suh signed a six-year, $114 million contract with the Miami Dolphins in March, he became the highest-paid defensive tackle in NFL history.

Mr. Suh set another record in 2015: He spent $7 million in August on a home in Fort Lauderdale, Fla., the most expensive real-estate purchase by an NFL player last year.

In the spirit of Super Bowl 50, Mansion examined the stats behind 66 NFL-related home listings in 2015. One finding: If real estate were a predictor of gridiron wins (it’s not), the AFC would win the championship. Of the 25 homes that were either bought or sold, 15 of them involved players, active or retired, who most recently played in the American Football Conference.

We also looked at the year’s priciest sales, fastest deals, largest homes and other off-the-field player stats, compiled with the help of Realtor.com. ( News Corp, which owns The Wall Street Journal, also owns Realtor.com, the listing website of the National Association of Realtors.)

According to real-estate agents involved in these deals, the top features requested by pro athletes are privacy and security. The players in these real-estate transactions did not respond to requests for comment.

Real-estate agents say that the pedigree of an athlete-owned home can be a selling point for buyers. Here are the NFL home deals that set the year’s biggest records.

In moving from Detroit to South Florida, Mr. Suh purchased a partially furnished home in Fort Lauderdale for $7 million that has six bedrooms, seven bathrooms and two half-baths in 11,142 square feet, according to public records.

Chad Gray represented the home’s seller in the Coral Ridge neighborhood, a community on the Intracoastal Waterway with a golf course and a yacht club. “The home was built in 2013 and has very modern architecture, soaring ceilings and walls of glass,” says Mr. Gray, a broker associate of the Luxury Living Fort Lauderdale Group at Coldwell Banker.

Amenities include an 11-seat home theater, maid’s quarters, a game room and a fitness center that overlooks the pool. A rooftop entertaining space, accessible by elevator, is decked out with artificial grass, patio furniture and a flat-screen TV.

Mr. Suh also sold a home in 2015, getting $3.1 million for a Colonial-style home in Birmingham, Mich., about 20 miles north of Detroit. This home has five bedrooms, four bathrooms and three half-baths in 7,394 square feet. Amenities include a massage room, fitness room, indoor sports court, according to the listing.

Seller: Asante Samuel, former cornerback with the Atlanta Falcons who last played in 2013

The home is located in the Landmark Ranch Estates development in Southwest Ranches, Fla., about 15 miles southwest of Fort Lauderdale. “In this particular neighborhood, there are a lot of pro athletes,” says Ben Moss, managing director of the sports and entertainment division of One Sotheby’s International Realty. “There are people who want to be part of that culture and that prestige factor.”

The home underwent several price reductions before selling in October for $5.4 million below its original asking price. Mr. Moss was the second listing agent brought in to market the property, which has nine bedrooms, 11 bathrooms and two half-baths on 4.9 acres.

Mr. Samuel, who had the home built in 2013, was comfortable with his agent revealing his identity to house hunters, Mr. Moss said. The buyer, whom Mr. Moss declined to name, wasn’t looking to move—until he saw a marketing video that featured the property, which has a large pool with a 25-person grotto, a theater room, game room, music studio and 10-car garage, among other things. “For him, I think there was some cachet with an NFL player,” Mr. Moss said.

The home’s size and upkeep played a role in Mr. Samuel’s decision to sell, his agent says. “The large square footage and the fact that he’s not playing made [Mr. Samuel] realize that it was a good time to sell, while the market was good,” says Mr. Moss.

Mr. Surtain sold his 10,763-square-foot home in Weston, Fla., for $4.25 million. “They were looking to downsize,” says Ben Westby, a One Sotheby’s International Realty agent who represented Mr. Surtain and his wife in the sale. The seven-bedroom, 9½-bathroom home, located in the Windmill Ranch Estates development, is on the water, and Mr. Surtain and his family would fish there, Mr. Westby says.

The couple moved to Plantation, Fla., where they paid $2.154 million for a newly constructed home that measures 6,456 square feet. Mr. Surtain last month was named head football coach at American Heritage School, an elite private day school with a campus in Plantation. Mr. Surtain’s son, Patrick Jr., is currently a sophomore at American Heritage who plays cornerback for the team.

The home wasn’t 100% finished when it was shown to the Surtains, so they were able to select some of the finishes and upgrades, said Dondi Hopkins, a Coldwell Banker agent who represents the builder, Brookman Fels. The full-acre lot allowed Mr. Surtain space to build a full-size sports court for basketball. The home has five bedrooms and 6½ baths.

"Marilyn helped us buy our first home, and we never felt like we were out of the loop. I was always informed about every single step of the process, and if I had any questions or concerns, Marilyn answered all my questions in a timely manner. I highly recommend her as an Agent, and I can't wait to do business with her again."