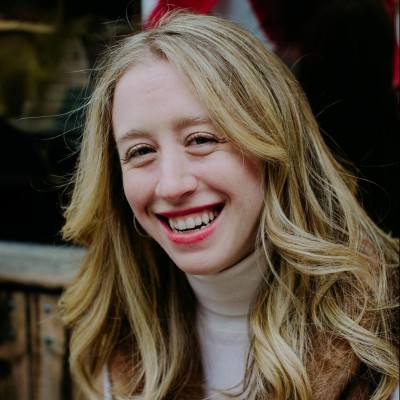 If I make this shot I'll buy the house, an athlete client told real estate agent Darlene Hutton as they stood on the basketball court of a home he was interested in. He made it. Hutton's boss Nick Segal, founder of Los Angeles brokerage Partners Trust, has had two celebrity clients request to spend a weekend in a home-of-interest before making an offer.

"They are highly creative people," says Segal. "They know what they are looking for and they are very sensitive. So making that sale is so much about the environment that we create to allow them to see themselves in that space."

Celebrities don't buy homes like the rest of us.

Of course, the homes they buy are different--grander and more expensive. (The median home in the US costs $186,100. Segal says the range for celebs is $3.5- to $20 million.) But the way they buy and sell is also different. The ultimate get is a home that hasn't even been listed on the open market--the appeal both privacy and prestige from the mystery of it all. Such is the case for several real estate transactions involving stars this year.

Mobile Moguls Of The Celebrity 100

Ultimate mystery man, magician David Copperfield--No. 20 on our Celebrity 100 list, the annual ranking of the world’s top-earning stars, which was released today--made an offer the previous owner of his new Sin City record breaker couldn't refuse. They struck a deal even though the seller hadn't planned to move for a few years.

Below, a roundup of the highest earning stars who bought, sold or listed their homes in the past year.

Adele | The singer shattered sales records when she released her third album, 25, late last year. She reportedly used some of that cash to scoop up this Beverly Hills manse for $9.5 million. The 6,600-square-foot home has four bedrooms, six bathrooms and two formal living rooms. A hedge-lined pool in the back yard provides a private space to entertain neighbors, which reportedly include Jennifer Lawrence and Sofia Vergara.

Beyoncé and Jay Z |Power couple Beyoncé and Jay Z’s reported $49 million bid on a 14,000 square foot Los Angeles estate in October was outmatched by Gucci designer Tom Ford. In the meantime, the two and daughter Blue Ivy will have to settle for their 20,000 square foot $150,000 per month rental, which apparently includes six bedrooms, a spa, an art studio and an Olympic sized pool. That house is believed to be worth $45 million.

Diddy | In June, Diddy listed his Manhattan apartment for $6.5 million. On the 66th floor of a midtown high-rise popular with celebs, the apartment has views of Central Park. He apparently last put the three-bedroom on the market in 2012 but wasn’t able to sell at his $8.5 million price tag. Diddy is reportedly also in contract to sell a home in New Jersey. The most recent asking price on that one was $7.9 million, from $13.5 million in 2011.

David Copperfield | Illusionist David Copperfield shattered Las Vegas records when he spent $17.55 million on a home there last month in an off-market deal with healthcare executive Kevin Hooks. The ultra-contemporary estate, hidden in a gated community, has eight bedrooms, a golf-simulator, a movie theater and a nightclub. The home is a half-hour drive from the MGM Grand Hotel and Casino, where Copperfield is currently in residence.

Tom Cruise | This European style villa, believed to be owned by Cruise, sold for $11.4 million in September (reportedly to Eva Longoria). That's $1.5 million below the original asking price, but six-times the price when the home was last sold on the public market in 2005. Perched on 2.5 acres atop the Hollywood Hills, the home has sweeping views of Los Angeles. The main house on the property has three bedrooms, plus a guesthouse has four more.

Dave Grohl | Reportedly owned by Foo Fighters front man Dave Grohl, this beachfront bungalow sold for $2.9 million in November. Based on public records Grohl appears to have lost money on the home, which was last purchased for $3.8 million in 2006. He has been taking it on and off the market for several years. The ocean is the clear draw of this unassuming house, enormous picture windows line the water-facing side of the house on both floors.

LeBron James | In August, LeBron James sold his Miami home--dubbed the “King’s Palace” (pictured)--for $13.4 million. In November, he reportedly snagged a $21 million, unlisted mansion in the tony Los Angeles neighborhood of Brentwood. While his Florida digs were ultra-modern, James surprised Los Angeles real estate insiders by buying an understated Colonial there. His new place reportedly has extra-high ceilings—a plus for the 6-foot-8 MVP.

Kim Kardashian | Kim Kardashian and Kanye West reportedly put a Bel Air home on the market for $20 million in December. That’s more than double the $9 million they paid in 2013. That’s a huge mark-up even after $2 million worth of renovations—especially if it is true that $750,000 of the rebuild budget went toward four gold-toilets. Post renovation the home is 14,000-square-feet. It has a movie theater, bowling alley and basketball court.

Adam Levine | Adam Levinereportedly listed his newly remolded Beverly Hills mansion for $17.5 million last month. If the Maroon 5 front man got his price he would more than triple his money—he bought the place in 2012 for $4.83 million. Fashioned in the mid-century style the home has five-bedrooms and a two story garage, said to be fit for a car collector. Levine is also trying to sell a loft in Manhattan’s SoHo for $5.5 million.

Jennifer Lopez | Jennifer Lopez is believed to have paid $28 million for actress Sela Ward’s Bel Air compound. Agents say Ward had been quietly marketing the place for over a year. The eight-plus-acre estate has an art studio and a tiki-themed beach, great for Lopez’s eight-year-olds. J.Lo has been trying to sell a nearby home (pictured) she bought with ex-Marc Anthony since January 2015, lowering the price to $12.5 million in April.

Brad Pitt | Brad Pitt and Angelina Jolie are selling their Big Easy abode for $5.6 million. They reportedly bought the place, a 1800s-built mansion in New Orleans’ historic French Quarter, for $3.5 million in 2006. Pitt’s rep told TMZ that the couple plans to buy again in the city, where they have spent significant time since Hurricane Katrina. The home has five-bedrooms and five-baths to accommodate the Jolie-Pitts’ six kids.

Britney Spears | Britney Spears has reportedly owned homes in Malibu, Beverly Hills and West Hollywood, and has rented several more in the region. Recently she has taken a liking to Sherwood Country Club, a gated complex in Thousand Oaks, CA. In October she reportedly spent $7.4 million for a neo-classical estates on 20.86-acres there--even though she had a place nearby. She is now selling that home (pictured) for $9 million.

Jordan Spieth | Golfer Jordan Spieth started 2016 with a splurge, reportedly paying $7.5 million for fellow golfer Hunter Mahan’s five-bedroom Dallas mansion in January. After winning the Masters and U.S. Open in 2015 Spieth, the top ranked golfer in the world at just 22, can afford it. Selling his former Dallas digs will also help—he sold that five-bedroom for around $2.8 million in March. Both homes feature golf simulators.

Taylor Swift | The world’s biggest pop star has a house habit. She reportedly spent over $40 million on her current portfolio, which includes properties in Nashville, Beverly Hills, the shores of Rhode Island and Manhattan’s Tribeca. She is believed to have paid $15 million-plus in 2014 for the New York penthouse, which is now being renovated. In the meantime she's renting a townhouse in Greenwich Village (pictured) listed at $39,500 a month.

Sofia Vergara | Sofia Vergara is reportedly renting out her three-bedroom Los Angeles condo. Asking price? $7,200 per month or $86,400 per year. Public records show the apartment was last sold in 2007 for $1.1 million. The Modern Family star also reportedly owns an Italian style mansion (pictured) in Beverly Hills. That home, which she bought for $10.6 million in 2014, has 3,000- bottle wine cellar and two maids’ rooms.